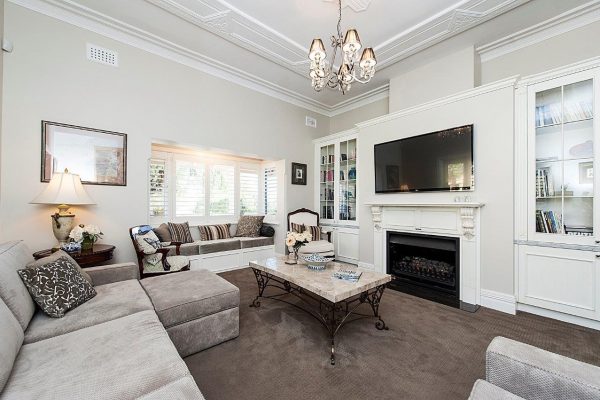 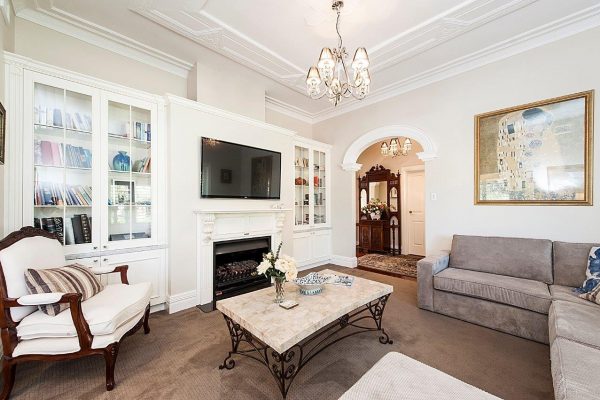 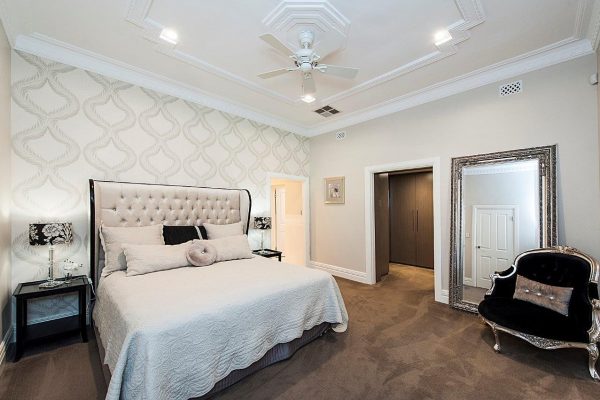 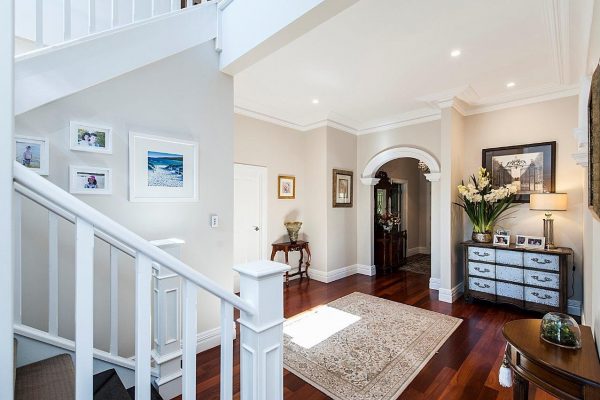 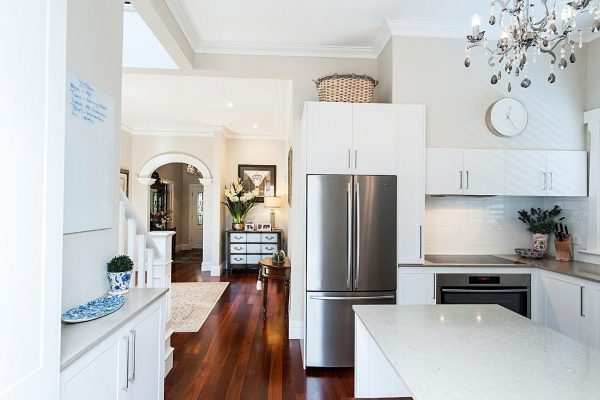 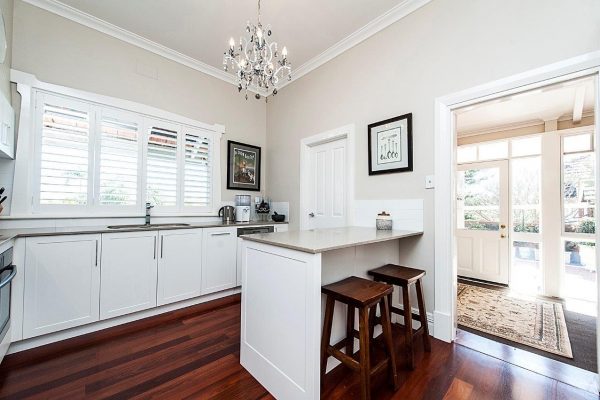 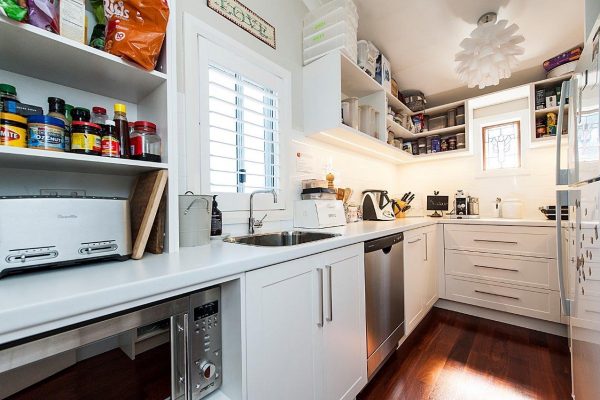 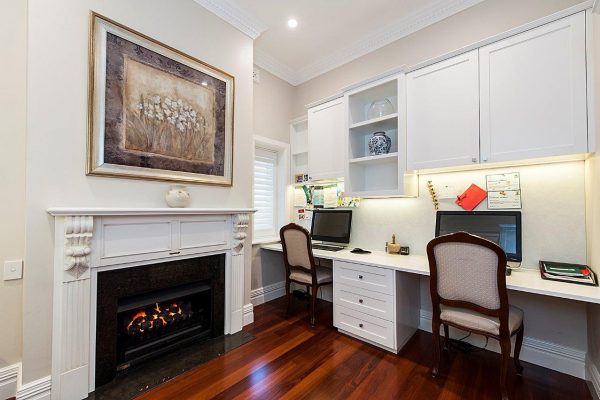 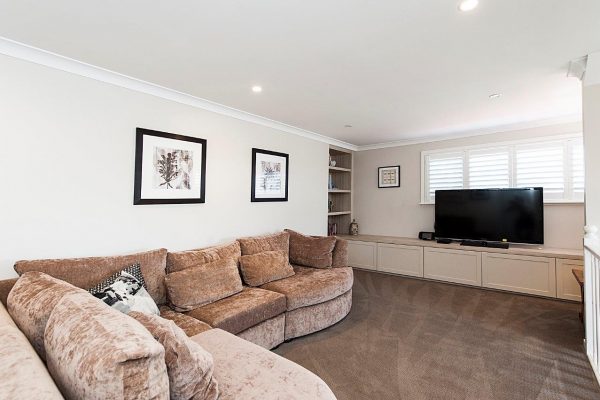 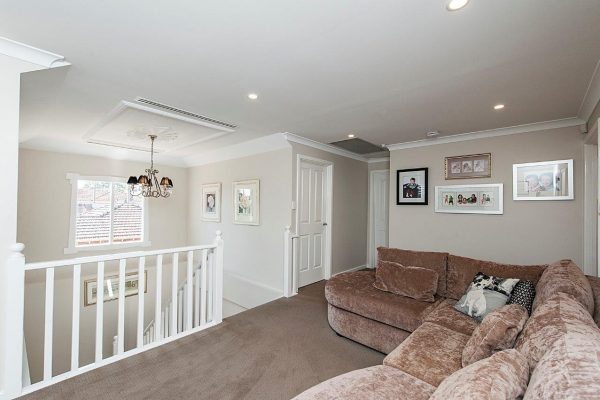 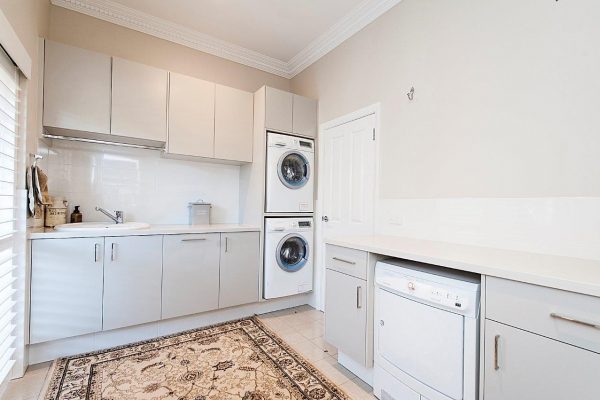 The clients bought a very dated 1930’s bungalow that still had the brown timber throughout and a myriad of doors that went confusingly from one room to the next.

The clients brief was to open up the middle of the home to create a more open and light-filled space. They wanted to create a traditional, warm, family home with a mid-range kitchen to work in until their house extension was built.

The solution – Several walls were removed and doorways opened up to allow the open flow of the home. A strong warm colour was used on the walls which was offset against a bright, crisp white paint on the trimming and balastraude. Traditional fixtures were mixed with modern conveniences to give the home it’s traditional yet modern appeal.